Fannie and Freddie's announcement to modify loans and it's effect on pricing. 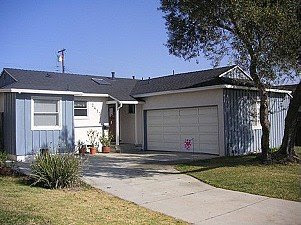 Here we are, deep into the slough of the deepest real estate downturn in my generation's history and today Fannie Mae and Freddie Mac announce that they are going to be modifying loans based on the borrower's true ability to repay them. My phone starts ringing off the hook with enthusiastic folks on the brink of foreclosure (that's about 80% of the country by my reckoning) wanting to know my educated opinion of the matter. After I thank them for their flattery, I calmly delve into my grounded in reality pragmatic discourse.

"We've heard this before" says I. "First from the individual lenders, then the county of L.A., then the state of California, then the Bush administration that helped all this to happen, and now the biggest holders of mortgage paper in the universe." My caller is always speechless at this point, so I steamroll forward. "None of their interventions has made so much as a dent in the evil behemoth of foreclosures that is sweeping across our formerly great nation." Still no speech from the other end of the line. What did they expect? Good news? This is foreclosure we are talking about, the depth and breadth so deep that it literally bankrupted the world financial system. Sometimes I will offer my opinion. "I think this is electioneering/PR for the giants to give the public hope and distract them while they manuver behind the scenes and continue to rape this country. Thanks George." At this point, they are usually deflated. I'm sorry to do it but I don't see enough tangible action taken on the street level, house by house, block by block, to give me any cause to believe that we are going to get out of our foreclosure nightmare.

So what will this do with prices? Well, it will likely stabilize them in the short term because foreclosures will be abated...temporarily. The underlying problem is that hordes of people bought houses they will never be able to afford and until values and subsequent loan amounts are reduced to a level that is sustainable to someone making the median income for LA county, about $40000 or $2500 a month after taxes. According to the proposed modifications, mortgage payments will be pegged at 38% of monthly net income. 38% of $2500 is $950 including property tax and insurance that number is closer to $700 a month. At 7% interest a $700 payment affords about $120000 of mortgage. Therefore, that's what the median price will be adjusted to in LA county. According to current data, our median price is $370000 so we're still more than 300% above the federally mandated "workout" guidelines. We've still got a long way down.
Posted by Sky Minor at 8:40 PM