I found an awesome piece of real estate today. It is duplex in Echo Park on a cute cul de sac with sweeping views of Downtown L.A. and specifically Walt Disney Concert Hall all the way to the Hollywood sign. Really gorgeous views. It is right up the street from a brand new city park and it's quiet and secluded yet less than 1/4 mile to the heart of downtown. It is a foreclosure and has been pretty badly vandalized, needing new drywall in several places. It has eight bedrooms, four baths and they are asking 63% of what they foreclosed on. It was built in 2005 which is about 70 years after most of the other properties in the area. The mortgage payment with 20% down would be 2997 so one could pretty easily rent the bottom unit for $2500 and live in the top four bedroom unit with master bedroom views of the Hollywood sign for $500 a month. If THATS not a deal, I really don't know what is.

So what's the downside? Well, to be totally frank the house is FUGLY. That's right, you heard it. Sky Minor called this Echo Park Duplex FUGLY, that means Fing ugly y'all. Although it's new it is not an attractive looking piece of real estate. I won't go into detail here in case the eventual buyer takes offense at the opinion of this broker.
Posted by Sky Minor at 4:16 PM No comments:

How to lose money and internet ranking.

I am nothing if not honest. I am quick to point out the mistakes I've made along the way in the hopes of my people being able to avoid the same mistakes. This one ranks pretty high up there on the mistake-o-meter.

I am browsing and assessing the latest attacks by my online nemesis Carlos. This is a guy who I invested $125000 with into a bar in West Hollywood. He completely ripped me and several others off. I don't take that sitting down. I looked all over for him then when I couldn't find this slippery 5'3" scammer, I began posting warnings about him and his wife Nayda online. After about two days he started calling me and at first demanding and threatening me if I didn't take my posts down, then he began pleading. I said sure I'll take them down as soon as you pay me at least a fraction of the six figures I gave you that you skated off with. No payment was ever made, but he began posting things about me all over the interwebs under fake names accusing me of being fraudulent, shady, etc. If's that not the pot calling the kettle black I don't what what is. So now my Google ranking for sky minor tycoon, sky minor real estate, sky minor mortgage, etc returns several bogus rip off reports posted from "David", "Sam", "Rachel", etc. claiming amongst other things, that I'm a heroin junky, I am being investigated by the FBI/CIA/Secret Police/Music Critics for poor taste in pets and haircuts and "bad" loans. These fraudulent reports go further claming that I had brokered out loans that led to foreclosure (In Malibu, of all places. I wish I had done a loan in Malibu!) and a plethora of other 8th grade nonsense. I can't remove them, as the site rip-off report has a policy of never taking down bad reviews, be they contrived or not so all I can do is answer every single bogus complaint that Carlos throws at me from whatever city he is ripping people off in and appeal to the sense of the reader. Sigh. Tough lesson to learn. From what I can gather of the lesson so far it would be to don't deal with short people who you suspect are lying (your instinct is probably right), don't deal with people who claim to get "action on the side" cheating on their wives, and if you are not a good judge of character then you'd be better off leaving your money in a CD earning 3.75%. At least we can get something positive out of the ordeal.
Posted by Sky Minor at 5:29 PM No comments:

Why we are all getting "Shorted" in short sales. 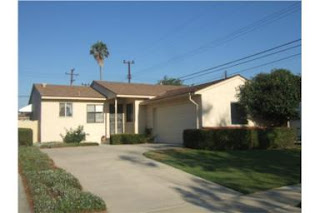 Short sales are being pushed as a win-win situation since the bank gets something, and the homeowner avoids foreclosure. To one blog poster in New Mexico it looks like a lose-lose-lose situation, and they do have some pretty poignant points (how's that for alliteration?) Short sales hurt the mortgage company who loses money. The homeowner loses their home. Families that live around the property lose value in their homes since short sales and foreclosure drive down the values of the homes around it. This hurts families who did everything right, but are still pulled into a situation where they are also underwater on their home. Short sales are not going to stop the spiral of foreclosures that have contributed to the mortgage crisis, and although they might make sense for a particular property owner they can create their own problems.

1 in 6 homeowners, or nearly 12 million homeowners, are upside down on their mortgages. Experts believe that this number will climb to over 15 million in a year, and this figure could be higher if house prices continue to fall. This was reported in a story on ABC News Nightline on October 17, 2008 on the mortgage crisis. To avoid foreclosure and modify your existing mortgage, call me at 310-709-8283 or visit my site here
Posted by Sky Minor at 9:49 PM No comments:

Andrew Jackson, the seventh president of the United States, said in 1832:

"Gentlemen, I have had men watching you for a long time, and I am convinced that you have used the funds of the bank to speculate in the breadstuffs of the country. When you won, you divided the profits amongst you, and when you lost, you charged it to the bank. You tell me that if I take the deposits from the bank and annul its charter, I shall ruin ten thousand families. That may be true, gentlemen, but that is your sin! Should I let you go on, you will ruin fifty thousand families, and that would be my sin! You are a den of vipers and thieves. I intend to rout you out, and by the eternal God, I will rout you out."


Jackson objected to the existence of a bank that had a powerful voice in national affairs yet was not responsive to the will of the people. He contended that the bank benefited only the creditor, investor, and speculator at the expense of the working and agrarian classes that produced the real wealth of the nation by their labor. The financial procedures of the commercial or moneyed class, he said, created a boom-and-bust economic cycle. When the economy was booming, the creditor was rewarded with a large financial return on his investments. When depression came, credit became scarce. Workers and farmers, who were usually debtors, had no money to pay their debts and went bankrupt. Their lands and properties were then seized by their creditors. Thus, wealth became concentrated in the hands of a few. With wealth came power and the opportunity to reinforce this beneficial position by law.
The election of 1832 was a landmark in American history because the candidates were chosen by party conventions for the first time. The Jacksonians chose Martin Van Buren to run for vice president with Jackson. The history of the Democratic Party is traced from this convention. The supporters of the bank called themselves the National Republicans. The election was centered on the bank issue, and Jackson won a second term easily. He had 219 electoral votes to Clay’s 49.
Posted by Sky Minor at 3:48 PM No comments: