2862 Palmer Dr. Los Angeles CA 90065 is my new listing in the hills of Eagle Rock/Glassell Park. This is in red hot NELA and is very close to the exciting things going on in Los Angeles's Greatest Neighborhood According to LA Weekly. Nearby are all the hot spots- York Blvd. Colorado Blvd. Eagle Rock etc. This location is very convenient to Downtown LA, Glendale, Pasadena, Echo Park, Hollywood, Silver Lake and all of the East Side. This house feeds to the esteemed Delevan Dr. Elementary school and Eagle Rock High School.

The house is a cosmetic fixer. The owner passed away years ago and the estate has finally cleared the sale of the property. It was built in 1959 and has three bedrooms and two bathrooms over 1469 square feet. It also has an enclosed room with a hot tub in it and a nice big deck in the back. This property has great bones and limitless potential. The buyer with vision and elbow grease will be nicely rewarded for their efforts with this property. Asking price is $499,000. To schedule a private showing call listing agent Sky Minor at 310-709-8283 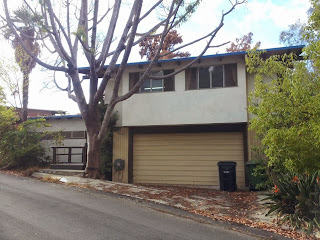 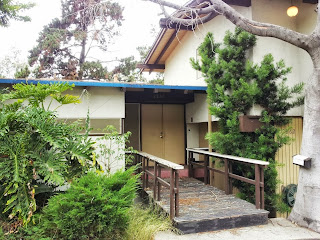 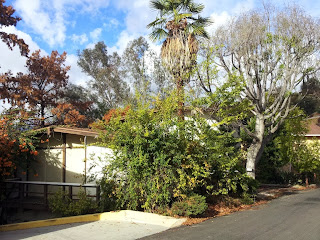 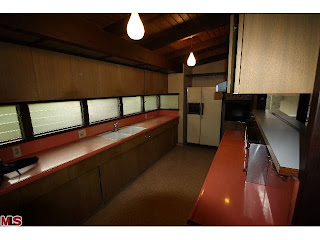 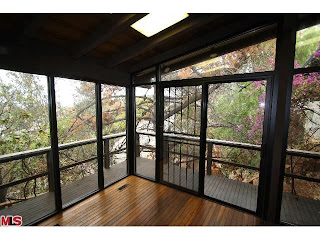 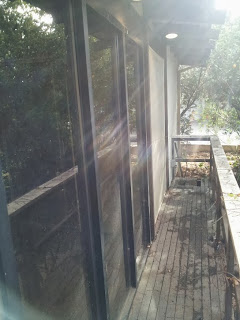 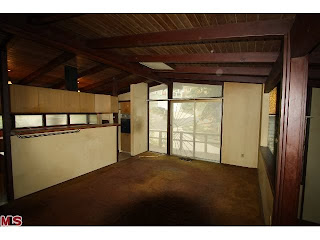 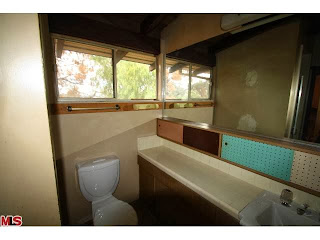 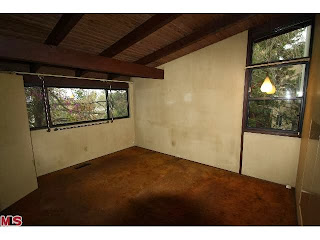 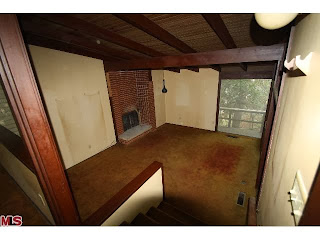 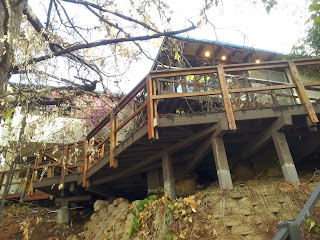 This is my new listing in Pasadena. I sold this house to a really nice and cool single girl back in 2010. As tends to happen to nice and cool single girls, this one got married and is ready to expand her family so they need a bigger house. This 1+1 bungalow is absolutely perfect for one or two people and is an ideal condo alternative. It is located on a nice quiet street that is minutes from PCC, Cal Tech, Old Town Pasadena and everything that the Rose city (AKA crown city) has to offer. This home is move in ready. FHA offers welcome.

The house is one bedroom one bathroom and has a nice open floor plan ideal for entertaining.

One car detached garage and plenty of parking in the driveway.

Hello out there, this is your favorite Los Angeles Realtor Sky Minor talking at you. 2013 is looking to be a breakout year for LA home prices, especially in my East side areas of town. In huge national news, Highland Park was ranked the hottest neighborhood in the USA by Redfin, Eagle Rock was #4 and Glassell Park was #7. It is exhilarating to be part of such a hot market and it's a source of pride that our stomping grounds where we live and work is the hottest neighborhood in the whole country. Wow. Very low inventory and plenty of well qualified buyers (well qualified meaning all cash in many cases) makes for a competitive sellers' market. Despite this I was able to snag two different buyers excellent properties this month. Both got a very good value for their money and I like when that happens, being a bargain hunter and investor myself.

The first property was in the hills of ultra hot Highland Park at 949 Poppy st. 90042.  This was a FSBO (for sale by owner) listing. The owner had built a monstrous 3000 square foot duplex with a five bedroom unit in the front and a 2 bedroom unit in the back plus a two car garage. The seller had a cousin who was a Realtor  Although this cousin was not practicing and did not know the process of selling a property, the seller insisted on using them as their unpaid agent which made my job as buyer's agent difficult. This was about as labor intensive an escrow as I've ever seen. The seller was an immigrant non-english speaker who seemed to be very coy about negotiating frequently on her own schedule, contracts be darned. She would not show up for inspections, appraisals, termite jobs then phone in her excuse along with a request that the buyer pay for something she had already agreed to. Dealing with her became very troublesome very quickly almost akin to trying to haggle for tourist items in a third world country. Luckily I have thick skin as does the buyer and we were able to close this headache of a transaction (after having to threaten to move the seller's items out of the house when she did not vacate on time).


The beauty of this property is the income from the back unit. The buyers' total monthly payment was about $2500. Within one week he had the back rented for $1850. I'd pay 650 to live in a five bedroom house in the hills any day! If he wanted to rent the front house he could get probably $3000 for it meaning he could cash flow +$2350 every month. That's a good deal on a property that should be held forever. I love real estate investing for this reason. It's get rich slowly and lazily.

The second closing of the month was in the hills of Perennially Hip Echo Park just South of Sunset by the Echo Park Lake at 1916 Kent st. 90026. This was a flipped 100 year old Victorian house that had originally been listed at $529k, and received multiple offers (as is typical nowadays). The buyer did an inspection and did not like a part of the brick foundation that was deteriorating. The issue is typical with 90% of old houses in LA, but scares many newbies. They fell out of escrow. The foundation repair bill that the seller got was for $39k that he forwarded to us. The property came back on the market in the beginning of January but languished there amidst all the new listings of the year. My buyers were a very cool first time buyer couple and both scientist Trojans. We first tried for a house in Eagle Rock but were outbid. We saw this house the next day along with several others. It had been listed so long I recommended "Going for the jugular" and we bid $465k. The buyers also sent out two other offers that same day but neither was accepted (Buyers have to write alot of offers in 2013 Los Angeles Real Estate). Remarkably, we got a counter offer from the seller for $485k As-is (no repairs or credits done by seller). The buyers were elated and would have accepted but I caught that the seller had no other offers so I thought we should push a little more and we did to $475k. The tension was palpable but the seller did accept our price of $475k. BOOM! We did our inspection and the house checked out fine except for the foundation. We got an estimate from our contractor for $8k. The buyers were using a USC provided grant for their down payment so closing was delayed by a week but in the end they scored a great house at a great price. Prost!


I'm thankful for having great buyers and working on finding houses for a half-dozen more. This market is getting crazy expensive, almost back to the bubble years of 2005-6. I think this market is it's own bubble but the difference now is that all these buyers can actually afford their homes because they either have verifiable jobs/income or are paying all cash. Supply and demand is visible in the LA real estate market.

The Mortgage Debt Relief Act:  What Is It and How It May Benefit You

2013 marked the passing of H.R. 8 legislation in the House and Senate which includes the extension of several important housing-related federal tax provisions.  Had Congress not acted, the tax code would have reverted to its pre-2007 treatment of mortgage principal reductions or cancellations by lenders whereby principal balances written off would be treated as ordinary income to the homeowners who received them.
Extended through January 1, 2014, the Mortgage Debt Relief Act is something that some taxpayers can qualify for, especially if you've undergone a hardship such as mortgage restructuring, short sale or foreclosure. These situations include indebtedness on a qualified principal residence, bankruptcy, insolvency, certain farm debts, and non-recourse loans.  The program helps you to exclude income from the discharge of debt so that the canceled amount is not reported as income for tax purposes.
A few key points to consider:
The Debt Relief Act applies to debt forgiven from 2007 through January 1, 2014.
·         Consult a finance or tax professional to ensure you qualify.
·         Up to $2 million in debt is eligible for exclusion for married couples, or $1 million if married and filing separately.  If the total liabilities exceed the total assets and the forgiven debt doesn't qualify under this particular provision, it may qualify under the insolvency exclusion.
·         Examine Form 1099-C closely.  Pay particular attention to the amount of debt forgiven in Box 2 as well as the value listed for your home in Box 7.  Notify your lender immediately if there are any inaccuracies.
Posted by Sky Minor at 5:24 PM No comments: